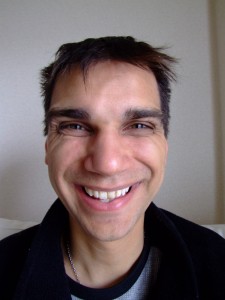 I think I’m a lot like you. When I first started studying Japanese, I was a self-studier. I did try some University classes earlier on, but they didn’t suit me for a variety of reasons, they were expensive, fairly boring, and not very effective for me. So, I started studying on my own time.

But, I was completely lost. I worked hard doing exercises out of the books I had, but nothing seemed to be working. I started having this feeling that I was just simply wasting my time trying to study. I would spend hours writing out sentences and by the next day I had almost completely forgot them already.

I just kept going around in circles. But, I really liked Japan, and wanted to stay here.

I wanted to feel a lot more comfortable with all the kanji, kana and sounds that surrounded me on a daily basis. I didn’t want to be that ugly foreigner that constantly has to ask their Japanese friend to translate absolutely everything for them.

Soon after I came to Japan, I discovered the JLPT and set my sights on passing the test. I found it to be a great goal to shoot for. I managed to just pass the old 三級 (N4) test with a score of 252/400*. I think out of shear luck. But after that, I set the goal of passing 二級 (N2).

I started studying for that test as hard as I could. I went to take it the first time, fairly confident that I might come close to passing and failed (160/400 points)*. I was okay with that because it was my first try. So I studied hard for another year and got… a 200/400*. Ugh…

I felt like I was wasting my time. I tried it again, and this time it was the N2. The score?

Wow! That was a smack in the face! What a complete failure!

So I took a step back and took a long hard look at my studies. What have I been spending so much time doing? I feel like I had spent hours carving away at the language and not having anything to show for it.

I knew that had to change for me to pass the test. So I started experimenting. I started adding things to my study regimen from the crazy to the completely sane. I wanted to see what worked and what didn’t work. I was tired of wasting my time.

What I learned is that to learn a language, you have to do some hard work, but you need to do the right kind of hard work.